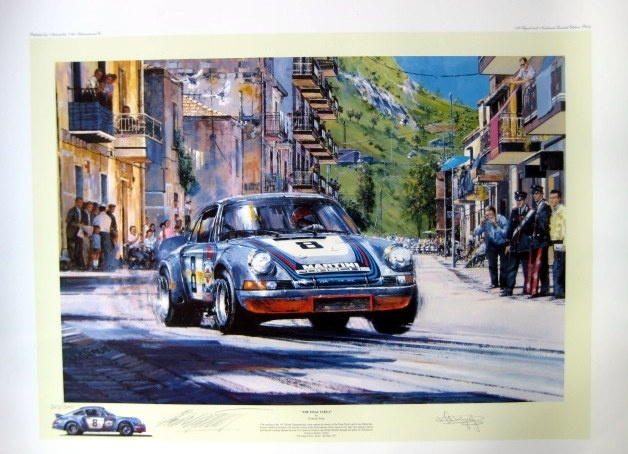 The running of the 1973 World Championship event marked the demise of the Targo Florio, and it was fitting that Porsche should record their 11th and last victory in the final running of this classic race. Gijs van Lennep is shown hustling the winning Martini-Porsche 911 Carrera he shared with Herbert Muller through the streets of Collesano to record an historic victory.