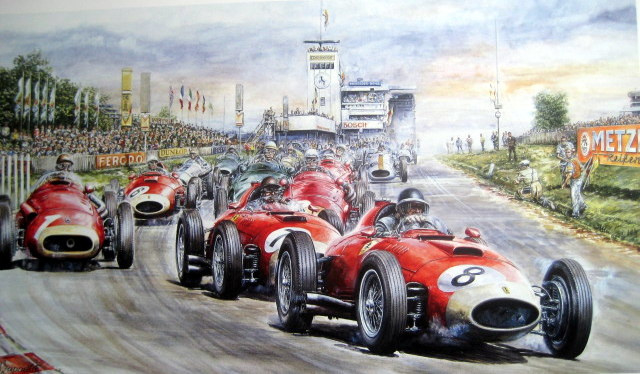 The 1957 German Grand Prix was a Formula One motor race held on 4 August 1957 at Nürburgring. It was race 6 of 8 in the 1957 World Championship of Drivers. The 22 lap race was won by Juan Manuel Fangio, and is often cited as one of the greatest victories in racing history. Fangio's 4th victory out of 7 mainly contested races in the season (excluding the Indianapolis 500), plus with the amount of points he had in the season (34 to Luigi Musso's 16) and with 2 races left, his victory at the Nürburgring won him his 5th World Championship title.

After the race, Fangio commented, "I have never driven that quickly before in my life and I don't think I will ever be able to do it again.